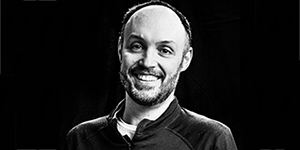 I’m Jake Bennett, Head of MarTech Product at Vanguard, a large investment management company. I’m lucky enough to work with an incredibly talented team of product managers, software engineers, data scientists, UX designers, and marketing strategists. As a software engineer by background, with almost a decade of finance and operations experience, I tend to view technology with a highly pragmatic eye. I see the pace of technology advancement continuing to accelerate, and established companies struggling to adapt fast enough to remain competitive. So, although I’m fascinated by the release of new technologies, I’m equally interested in new management approaches that enable companies to operationalize change faster. The problem I’m constantly solving for is how to get from whitepaper to results as quickly as possible, given the realities faced by businesses today.

What is Random Ant?

Ant colonies are extraordinary organizations that display highly unified behavior in pursuit of defending and growing the colony. What makes ant colonies so interesting is that what appears to be a cohesive and centrally run organization, is in fact an emergent phenomenon. Rather than taking direct orders from the queen, in actuality, ants follow simple rules that generate patterns of behavior that appear to be centrally coordinated. In this respect, ant colonies are analogous to human organizations.

However, if that were the only rule that ants followed, the ant colony would soon die. Every ant would follow the trail of pheromone and the nearby food sources would quickly become depleted. Fortunately for ant colonies, there are a handful of ants that don’t follow the rule. Instead, they wander in random patterns, far off the beaten path. Many of these “random ants” die. But a lucky few discover new sources of food, dropping a bit of pheromone along they way as they return home. Over time, other ants detect this faint scent, and a new path to food emerges.

Ant colonies rely on these random ants for survival—and so do we. In human society, entrepreneurs, innovators and change agents represent our random ants. Many of them fail. But for those who succeed, they enable the organizations they work for to survive and thrive.